During blood cell development, known as hematopoiesis, a hematopoietic stem cell can follow 1 of 2 lineages: lymphoid or myeloid​. A common lymphoid progenitor can differentiate into 3 types of lymphocytes: T cells, B cells, and natural killer (NK) cells​. Initial stages of lymphocyte development occur in the bone marrow​. B cells mature in the bone marrow, while T cells and NK cells migrate to other lymphoid organs to complete maturation​. T cells mature in the thymus​.

The remaining cell goes down 1 of 2 paths, depending on the chemical signals received

Most innate immune cells develop from the myeloid progenitor cells, which include granulocytes and macrophages​​.

A broad definition of the innate immune system also includes the body’s physical barriers—epithelial cell layers, secretory mucus layers, and cilia—as well as soluble and bioactive molecules such as cytokines​.

2 Components of the Immune System

B cell development encompasses a continuum of stages that begin in the bone marrow, with subsequent functional maturation in secondary lymphoid tissue. They form part of the adaptive immune response and mediate humoral immunity. can produce high-affinity antibodies and generate immunological memory.

Dendritic cells are antigen-presenting cells located in the skin, mucosa, and lymphoid tissues. Their main function is to process and present antigens to T cells to promote immunity to foreign antigens and tolerance to self antigens. They also secrete cytokines to regulate immune responses.

T cell precursors develop in the bone marrow and migrate to the thymus, where they mature and differentiate into subtypes, including CD4+ and CD8+ . can initiate or suppress immune responses, regulate T and B cell maturation and proliferation, and kill cells bearing a specific foreign antigen.

Cytokines are protein, peptide, and glycoprotein signaling molecules, each with its own receptor on target cells. Lymphocytes and monocytes secrete cytokines, including interleukins, interferons, and chemokines, to regulate immune responses, hematopoiesis, and lymphocyte development.

A fundamental principle of cancer immunology is that cancer cells express antigens that the immune system can recognize to target for cell elimination.

While there are a number of key players in this continual process of tumor immunosurveillance, T cells play an important role. T cells normally function to eliminate the body’s own cells that are infected or have become cancerous.

T cell subsets are defined by the cell-surface markers and transcription factors they express and the cytokines they secrete, and are grouped by function. Subsets that have been used in approved or investigational CAR T cell therapies include:

T cell differentiation begins in the thymus, where the majority of immature cells express an alpha-beta (αβ) T cell receptor (TCR) and both CD4 and CD8 co-receptors. The αβ TCR is responsible for recognizing major histocompatibility complex (MHC) molecules on the surface of antigen-presenting cells.

Known as “cytotoxic” T cells because they are specialized to recognize and directly attack target cells. As naïve CD8+ T cells differentiate from memory to effector subtypes, they trade off persistence and proliferative potential for shorter-lived cytotoxic potential.

A subset of either immature T cells or CD4+ T cells, Treg cells are responsible for inhibiting immune responses. In preclinical studies, Treg cells and their ratio to effector T cells were shown to impact the effectiveness of anti-cancer immunotherapy. Conversely, the immunosuppressive properties of Treg cells are being investigated for use in transplant rejection and various autoimmune disorders.

A minority of immature T cells express a gamma-delta TCR, and possess both innate and adaptive immune cell qualities with broad and potent anti-tumor activity, and both pro- and anti-inflammatory functions. These unconventional T cells do not require antigen presentation by MHC molecules and do not recognize the same antigens as αβ T cells. 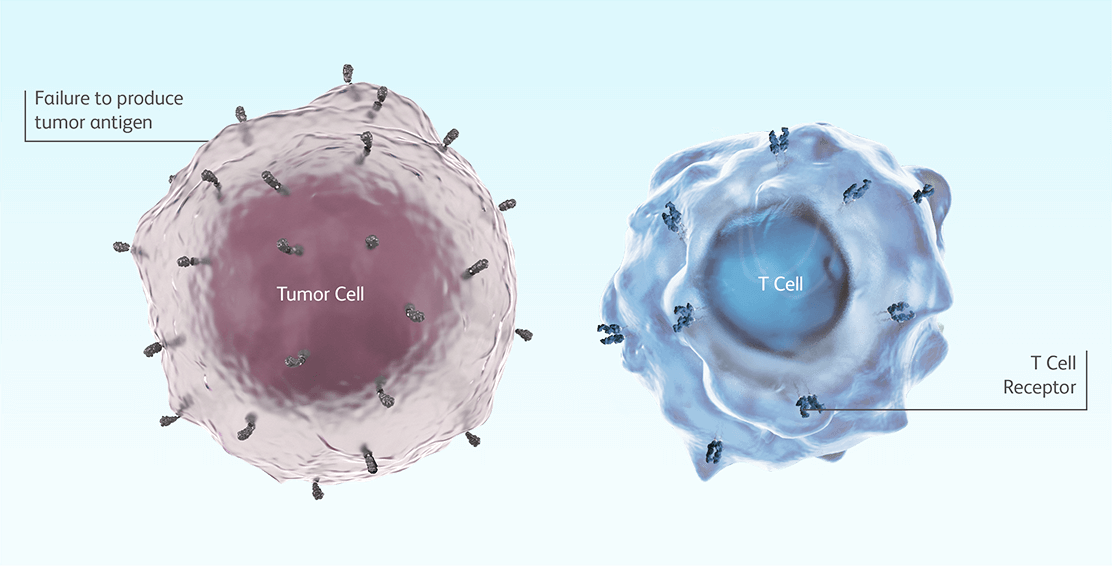 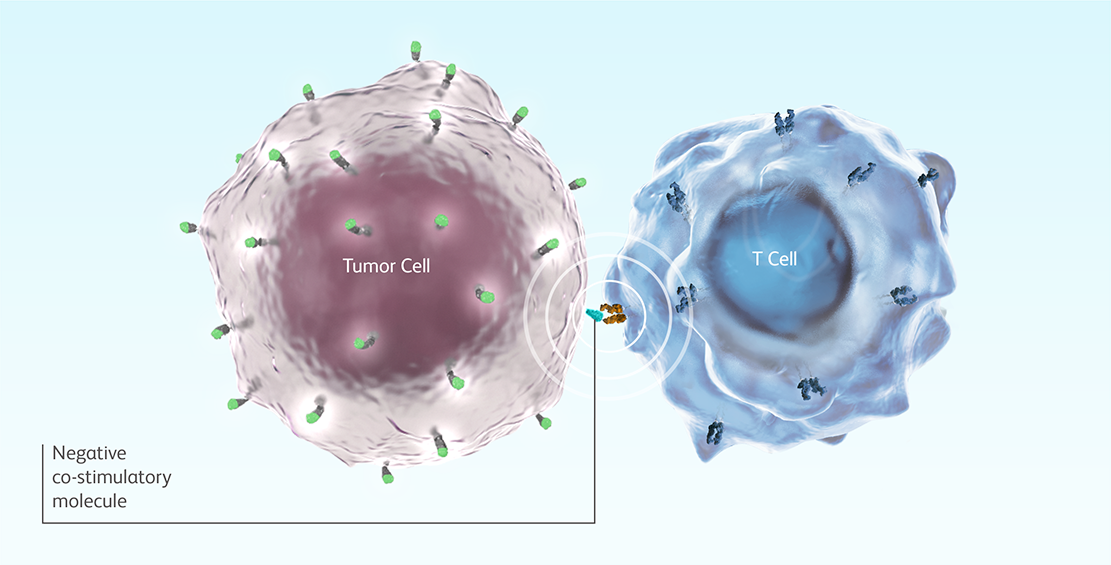 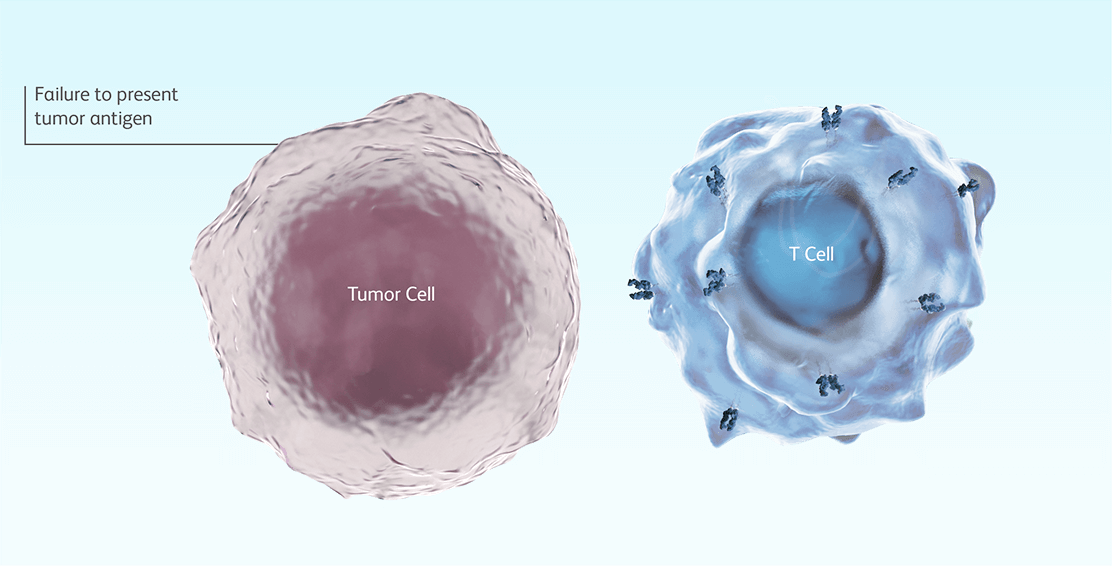 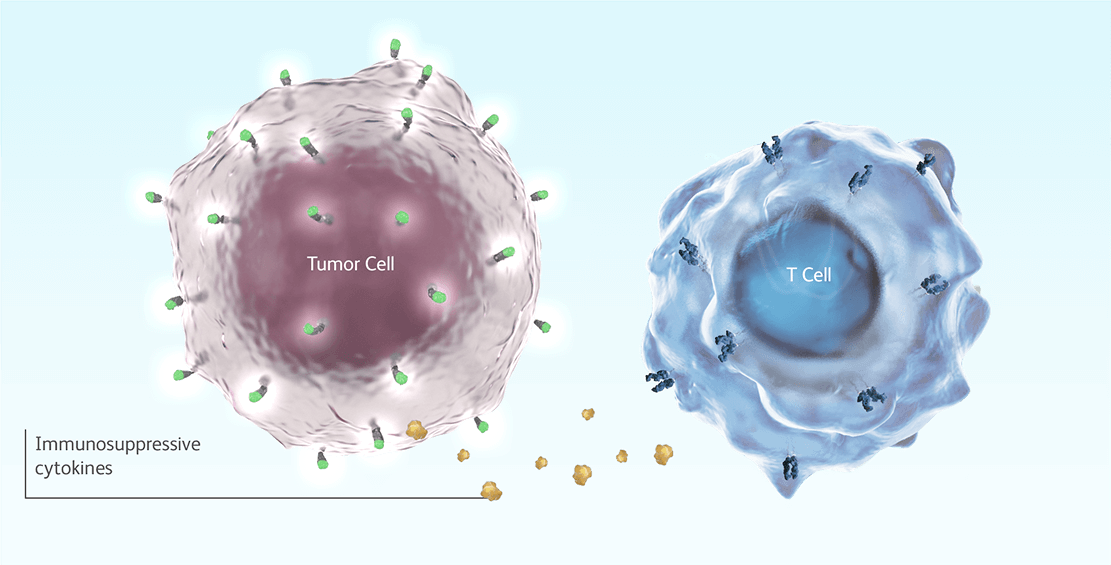 Tumor evasion strategies can contribute to relapse and treatment resistance

In many cancer types, target cells are genetically diverse at diagnosis. Initial treatment with chemotherapy suppresses or kills the most aggressively multiplying cells but often leaves behind target cells with genetic mutations that allow them to continue multiplying despite ongoing therapy. While there have been significant advances in cancer treatment over the past 20 years, there is still a need for additional treatment approaches.

You are now leaving cartcellscience.com. BMS is not responsible for the content of third-party websites.